Looking for a unique, heartfelt, and truly personal ceremony? Then, perhaps, we should chat...

BOOK A CHAT WITH JOYCE

You gave us the perfect balance between personable / professional. Thank you Joyce, you were fab!

Our ceremony was personal, funny, and caring. Thank you Joyce, you made our day so special! 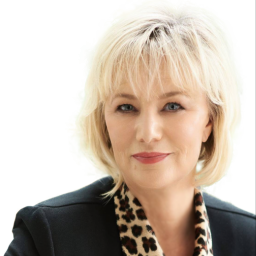 This wedding was performed at Illuka Beach. It is the most beautiful little hideaway and if you didn’t know it was there you would just drive straight past it.

As you make your way into the car park you overlook a nice little park complete with covered gazebos and barbeque facilities. Following the winding wooden path that hugs the dunes, and a secret little beach unfolds. It is absolutely perfect. A pure white sandy beach peppered with rocks overlooking the stunning Indian Ocean.

The men were dressed from tip to toe in Scottish attire. Both the bride and groom originate from Scotland so it was very much a Scottish affair. Their two boys were dressed in gorgeous little kilts and they just melted everyone’s hearts.

As the guests took their seats, away in the distance you could hear the skirl of the pipes as a piper began to play. As the piper claimed the pathway you could just catch a glimpse of the wedding party following on behind. Marc kept saying to me “Can I look yet” and I just kept staving him off until his beautiful bride appeared in all her glory! And at the right time I said “Go on then Marc you can check her out now!” It was very emotional moment and he was just brimming with pride. She was a very beautiful bride.

Nicole and Marc chose to include the Celtic Hand-fasting ritua﻿l to complete their wedding ceremony, with Nicole honouring her Mum, Ann, with the role of “Tying the Knot” .

We did have a funny moment just before the ceremony started when the arbour started swaying in the wind. I had to grab a couple of the muscle bound guests to stand and hold the arbour in case it ended up falling on top of us. It didn’t, of course, and everything went to plan.

After we pronounced Marc and Nicole Mr. and Mrs. Fitzpatrick, the bridal party was piped out again with a very fitting tune, “Auld Lang Syne” – a traditional tune written by the Scottish Bard Robbie Burns.

It was such a joy meeting this lovely family including those who travelled all the way from Scotland. I was definitely very much at home – a wee touch of Scottish wedding heaven!

Joyce is one of Perth's most highly rated and best loved Celebrants. She is widely regarded, by both peers and clients alike, as a caring and compassionate person, and a consummate professional. Her philosophy is simple, "Deliver a magical, meaningful, and memorable experience for my clients and their guests. Always!"

And Make Your Dream Wedding a Reality!

Download my FREE guide. You'll find it absolutely jam-packed with all the information you could ever need to make planning your big day easy, enjoyable, and absolutely stress-free!