Throwing Confetti: Is it Really a Dying Wedding Tradition? Throwing Confetti: Is it Really a Dying Wedding Tradition?

When we think of a wedding we immediately have this vision of a happy bridal couple being showered with confetti as they joyously exit the Chapel together as newlyweds. Throwing confetti was once the wedding tradition every couple wanted to include in their big day. But, what about today? Is throwing confetti really a dying wedding tradition? Or is it here to stay - perhaps in different forms?

Throwing confetti: Where did it all begin?

Confetti throwing started right back in Medieval Italy. Italians would shower sugar-almond sweets called “confetti” at the bridal couple as a symbol of fertility and prosperity.  Gradually over the years their love of throwing things evolved from sweets, to eggs, to paper- the latter being much more civilised and far less painful!

In 1895, the small town of East Sussex recorded the first use of confetti on the British shores at a wedding, replacing their tradition of the throwing of rice.  So began the tradition  of throwing confetti in the UK. Paper confetti, in all colours and shapes,  were thrown high in the air to rain on the newly weds - captured in many stunning 'Kodak moments' to treasure.

To this day, throwing confetti remains a common wedding tradition. But, many brides are choosing to look outside the square for alternatives, in an effort to make their wedding exit a little different from the rest.

What Are The Alternatives to Throwing Confetti?

Keeping with the symbol of love, dried rose petals are very much in vogue.  Guests are presented with a beautiful cone, sometimes bearing the bridal couple’s names, to toss over the couple symbolising the gift of everlasting love.

The rose petals come in varying colours each with a symbolic meaning: A mixture of all offering the joy of love in their new chapter.  Add a little lavender to represent devotion and you have all the ingredients to represent the perfect marriage!

Some vendors supply a traditional style of confetti made from petals, so that you can have the best of both worlds.  Being biodegradable, rose confetti offers a perfect solution to the wedding venues now discouraging the use of confetti due to its environmental impact.

Throwing rice was a practice that began with the ancient Romans. It was used as a wish for fertility for the newlywed and it became a common symbol of fertility.

In Hindu tradition, the bride actually showered her parents with rice as a token of gratitude for her upbringing.  Rice in the Hindu tradition is considered a symbol of prosperity.

Throwing rice is not quite as widespread today as it used to be. If you are intending to throw rice, make sure to organise for someone to sweep it up for you quick smart as it may become an issue if the local birds try to eat it!

Who can resist the charm and beauty of an assortment of twinkling bubbles soaring through the air bursting and creating an array of colourful droplets!

There are so many advantages to having bubbles: Looking for confetti on a budget? Bubbles might just be your perfect solution.

In some cultures feathers are the tradition.  Down feathers are light and soft which allows more time for them float in the air, therefore, creating more time to capture a perfect photo.  However, watch out! Even in a light wind, you end up watching your very expensive feathers sailing away in totally the wrong direction!

If you have the time and the inclination, why not make hundreds of little paper planes.  Some of those who have chosen this spectacular way of being “sent off” have even used a map of the location of the wedding, where they got engaged, or where they met, to make the planes. The sky’s the limit!

What about Confetti Etiquette?

When it comes to throwing confetti, there is a right way and a wrong way...

The wrong way to throw confetti

Whether you are throwing confetti, rose petals, feathers, paper planes or blowing bubbles never do it directly into the face of the bridal couple……..this can have very negative implications!

The right way to throw confetti

The right way to throw confetti  is to throw high into the sky. That way, that the chosen confetti will cascade gently down on the couple like the blessing of a much anticipated light rainfall.

Bringing your own confetti to throw

If you want to bring your own confetti to throw, it is wise to ask the couple first if it is permitted or welcomed.   You might also want  to contact the Chapel or wedding venue to ask what their policy is for confetti before you go to the expense of buying it.  Some won’t allow it even in biodegradable form.

Throwing Confetti: It's More of an Evolving Wedding Tradition

Throwing confetti has been with us for hundreds of years and I think it will be around for many more. Maybe not in the form we have been accustomed to. Environmental pressures and the creativity of modern-day brides looking for 'that something special,' is driving change in this age old wedding tradition.

What about you? Are you planning on throwing confetti in your wedding ceremony? Have you come up with creative alternative I haven't listed above? Drop me a comment below. I'd love to hear from you!

How to Arrange a Scottish Wedding Ceremony in Perth WA

13 Ways You Can Include Mum In Your Wedding Ceremony

I'm an entertaining and engaging Civil Celebrant with a simple philosophy: Deliver a magical, meaningful, memorable experience for my clients and their guests. Always! 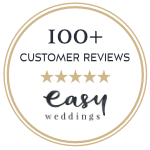 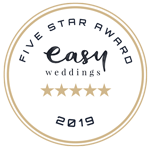 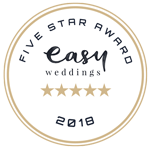 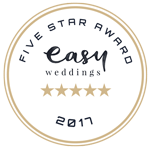